What to Look Forward To In Windows Server 2016 – Continued 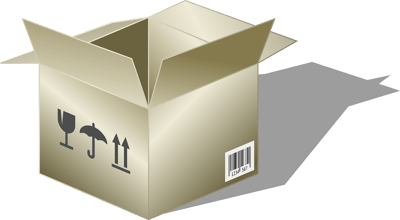 In our previous article, we outlined some nifty new features in the upcoming Windows Server 2016. We continue to take a look at the advancements found in the newest version of Microsoft’s widely adopted server operating system that millions of businesses use as the backbone to their server and data systems. It just so happens that Microsoft just released Technical Preview number 4 for Windows Server 2016 which includes Hyper-V container support. Some reports are saying Server 2016 will be released in the second half of the new year, but here’s to hoping it will come out sooner rather than later.

The new Technical Previews include containers which allow multiple isolated applications to run on a single computer system. Containers can be built very quickly and are both scalable and portable. Using containers allows network administrators to easily build private clouds through rapid virtualization of one physical server. Windows Server Containers operate through a combination of namespace and process isolation, which allows multiple isolated applications to run concurrently on the same system.

With Windows Server 2016 you can replicate entire volumes at the block level while also choosing between automated synchronous replication and asynchronous replication. Called Storage Replica, the feature is designed specifically for disaster recovery scenarios in which a rapid backup is needed for an immediate fail-over in case of a major system disaster. Storage Replica is a great new feature for businesses operating in-house servers that are in multi-climate zones where snow and other storms can cause power outages and wide-spread system issues. Another benefit of Storage Replica is that you can choose to replicate server-to-server or by cluster-to-cluster.

In Windows Server 2016, Microsoft’s antimalware application known as Windows Defender is installed and operates on Server 2016 by default. Not only does Windows Defender offer active malware protection for the Microsoft Server operating system, it regularly updates its antimalware definitions automatically through Windows Update, reducing maintenance requirements for malware protection on the Server OS.

So far, Windows Server 2016 is shaping up to be a highly anticipated software release in the next year.