Microsoft Gives Outlook On The Web A Makeover 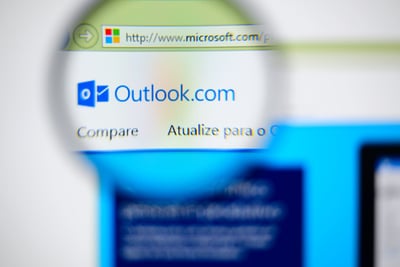 Fresh off of its successful international roll-out of Windows 10, Microsoft announced this past week that Outlook is getting somenew features, and an updated look. Updates are coming for the web version of Outlook for Microsoft Office 365 subscribers. The company released a full description of the changes on its office blog. Formerly known as the Outlook Web App (or OWA in IT circles), Microsoft is transitioning away from this nom de plume and is now calling the web version of Outlook for Office 365 simply “Outlook on the web.”

In addition to only impacting Outlook on the web for Office 365 subscribers, the new look and features will also only be available for users who use Outlook on the web in conjunction with Exchange Online but is not just limited to Enterprise level subscriptions. Commercial, academic, and government plans that have Exchange Online should be receiving these updates within the next few weeks.

What To Look For

Juggling hundreds of emails a days is a difficult task by itself. Why complicate it by managing emails through an inbox that is difficult to navigate? Microsoft is releasing a more simplified and cleaner user interface to make working in Outlook on the web more efficient. According to the post on the office blog, users will see improvements such as an “email subject line [that] is larger and more prominent, and messages in the reading pane are now indented for easier reading.”

In addition to a shiny, new UI, the Outlook on the web update also boasts some new features, including:

These are just a few of the many updates that are expected to roll out over the next few weeks for Outlook users with an active Office 365 subscription.