Office 2016 –Inching Its Way to the Cloud 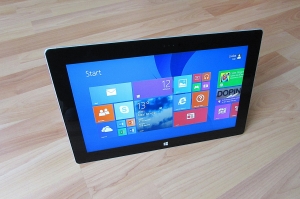 Although we’re only a full week into the month, May seems to be the month of Microsoft. The company has made some major reveals during its first ever Microsoft Ignite Conference. Not only has the company built up a lot of buzz around the upcoming Windows 10 operating system (welcome back start button!), but they also announced the newest standalone version of Microsoft Office – Microsoft Office 2016. Both Windows 10 and Office 2016 are still in the development phase. Windows 10 is set to launch sometime mid-summer, with Office 2016 following suit a bit later in the year.

Even though Microsoft Office 2016 is not officially available for purchase, technophiles can rejoice in the fact that Microsoft is offering preview versions of its newest incarnation of the industry-standard Office suite. Microsoft Office 2016 (which also happens to be the suite’s 16th version) features the four flagship applications: Word, PowerPoint, Excel, and OneNote. The current previews also include Access 2016, Outlook 2016, and Publisher 2016 – though like past versions of Microsoft Office, may only be available with a deluxe version of the suite or as a stand-alone addition.

The biggest new feature in Office 2016 is the ability to edit documents and other files in real time. Users can collaborate on and author documents in real-time, instead of having to email the file back and forth for revisions.

Skype for Business replaces Microsoft Lync, the instant messaging and communication tool that connects employees within an organization.

New to Office 2016 is the “Tell Me” search feature. If you don’t know how to insert a header or add a footnote to a document you are working on, simply ask the Tell Me search bar and it will give you a step to do it. Instead of just giving you instructions on how to do the task, it gives you a shortcut to it.

Should I Make The Switch?

Microsoft Office 2016 seems to be the first new version of Office that truly is trying to differentiate itself from its previous versions. Many companies are still using Microsoft Office 2010, as it offers all of the features needed and isn’t that much different from the current release, Microsoft Office 2013. The advantage of Office 2016 is its collaboration capabilities. That being said, many businesses already enjoy collaboration and real-time editing of documents and other Office files through their Office 365 subscription. Though Office 365 is a subscription-based service, it operates under a pay-per-user service model, and users are guaranteed the most up-to-date versions of the applications.

As Office 2016 is heading in the direction of its web application counterpart Office 365, tech analysts are speculating that Office 2016 may be the very last versioned Office suite from Microsoft. Though this may not happen for a few years, Microsoft could very well switch Office to a solely “click-to-run” application eliminating the need to release updated versions every few years. So you have a few options, you can wait to upgrade to Office 2016 or switch to Office 365 right now and enjoy collaboration and real-time editing options for applications like Word and Excel.