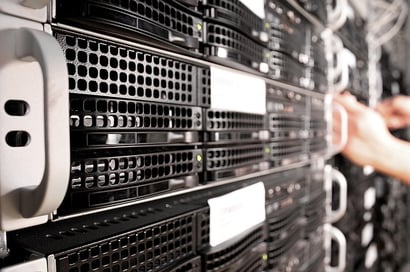 The issue with big data today is that data is created and collected at alarming rates. Data points such as online purchases, customer inquiries, and social media activity occur around-the-clock. As such, companies need database and business analytics platforms that can keep up with demand and provide real-time business insights. One of these enterprise-level business intelligence platforms is produced by SAP, known as SAP HANA.

SAP HANA is an in-memory, column-oriented, relational database management system, billed as the platform for "next-generation applications and analytics." The platform processes transactions and analytics against a single copy of data in-memory, for real-time business intelligence. It is able to integrate large volumes of data from a variety of sources and uses advance analytics for to look at historical insights as well as assisting with future forecasting. SAP makes enterprise software that manages business operations and customer relations. With almost 300,000 customers in nearly 200 countries, SAP is the world's largest business software company as well as the third-largest independent software provider by revenue.

When SAP HANA was first introduced in 2010, it was initially designed to be deployed on-premise. However in 2012, the company made a variation that could be hosted on a cloud platform. Although SAP HANA has its own, proprietary cloud platform, SAP created partnerships with Microsoft Azure and Amazon Web Services (AWS). Recently, AWS upped its game by offering a new instance of its core cloud computing offering, Elastic Compute Cloud (EC2) with 2 TB of memory, designed specifically with SAP HANA in mind.

According to the press release announcing the new instances, the X1 EC2 instances “are certified by SAP to run production environments of the next-generation Business Suite S/4HANA, Business Suite on HANA (SoH), Business Warehouse on HANA (BW), and Data Mart Solutions on HANA on the AWS cloud." In addition to having native support for SAP HANA, the new X1 instances also support other big data applications such as Apache Spark and Presto.

AWS vs Azure
Microsoft and Amazon have been battling it out for cloud computing dominance for the past few years. Both Azure and AWS consistently rank highly on Gartner’s annual cloud computing Magic Quadrant reports. However, AWS has had an advantage due to the fact that it has been around longer, has multiple product offerings, and has a wider customer base. In reference to the SAP platform, a version of HANA has been available on AWS since 2011. Microsoft Azure offered a developer edition of HANA three years later, in 2014. In a bid to get ahead of AWS, Microsoft announced it would be launching new, larger instances with up to 3 TB of memory each.

The difference between AWS and Azure is that the 3 TB of memory for SAP HANA is a proposed offering, not yet released to the public. AWS right now is offering 2 TB of memory for its X1 instances to support SAP HANA. By the time Microsoft rolls around to launching 3 TB support in Azure, AWS will have already brought tons of customers onboard to its platform.

Again, Amazon inches ahead in the race to the cloud.