AWS from A to Z – Definitions for New Users 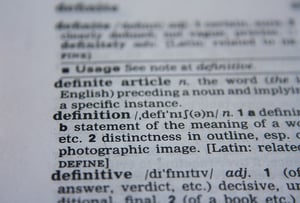 Amazon Web Services (AWS) provides powerful, scalable, and cost effective computing and storage solutions in the cloud to businesses of all sizes. However, for those just starting out, AWS can be a little difficult to navigate due to the number of different components and options available. Just as Amazon Web Services is usually referred to by its acronym, many of its components are also named with a few letters (or numbers).

Here is a quick reference guide for some of the most commonly used elements of AWS and their functions.

The Amazon Elastic Compute Cloud, known as EC2, is the central part of AWS which allows users to rent virtual computers to run their own applications. Using an Amazon Machine Image, users can launch a virtual machine (instance) and pay for the active servers by the hour; a flexibility that contributes to the "elastic" in its title. Besides being able to use EC2 virtual servers by the hour, users can configure varying CPUs, memory, storage, and network performance.

S3 or Simple Storage Service is an object storage system that can store up to 5 terabytes of data in a single object. Unlike other storage architectures such as file systems or block storage, object storage provide capabilities not available in other architectures such as programmable interfaces or data management functions like data replication. S3 storage objects can be accessed anywhere on the Web either via a command line operator, API calls, or a desktop applications.

Elastic Block Store is more expensive than S3 and provides traditional file system capabilities. EBS blocks are attached to a server instance in EC2 and act like a disk drive, a storage drive, and can even operate after an EC2 instance is shut down (though you can set up EBS volumes to delete themselves following the shutdown of an EC2 instance).

EBS volumes get replicated on the back end which means a single component failure won't result in data loss. In 2012 an Amazon EBS server running major websites including Reddit and Imgur crashed which took these sites offline. Once restored, Amazon introduced a "snapshot" feature that allows for redundancy across multiple regions - to avoid future service outages.

Amazon Relational Database Service (RDS) allows users to set up and manage relational databases on the AWS platform. These databases can be run on major DB engines such as MySQL or Oracle, or even Amazon’s own Amazon Aurora. RDS provides flexible capacity for databases (which is important as databases can expand rapidly as new data gets entered and process) and helps to manage time-consuming database administration tasks. Plus all of this can be easily managed via an online console.

Once up and running, your IT infrastructure running on AWS is fairly easy to maintain; but setting it up may take some time (especially for users not familiar with the AWS platform). Luckily, Privo IT is here to help. Contact us today for help moving your IT environment over to Amazon Web Services.