A $5.00 Cloud Server is Possible with AWS 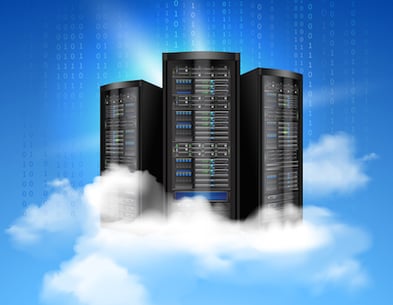 Less than a month ago, Amazon announced on the Amazon Web Services (AWS) blog the general availability of t2.nano, its least expensive Amazon EC2 instance option. The article states that the t2.nano EC2 instance features 512 MB of memory and 1vCPU. Clock speeds can reach up to 3.3 GHz thanks to Intel Xeon processors. The best part, it costs less than $5.00 per month, and even less if you buy a 3 year subscription. So what exactly would you use this small, relatively slow processing server for?

Processors are getting smaller, faster, and more energy efficient. Internet speeds are rapidly increasing and companies are using the enterprise-level computing power of the cloud for major business applications. A Quartz article pointed out that a t2.nano instance is essentially as powerful as a Raspberry Pi computer, so what on Earth would you do with it? According to Amazon;

“The t2.nano is recommended for low-traffic website hosting, micro services, and developer environments which have low memory needs and don’t need consistently high levels of CPU on average, but benefit significantly from having full access to very fast CPUs when they need them.”

Essentially, if your business needs to cheaply host a low-bandwidth website that they know won’t garner too much traffic, or if they want to launch or test application instances, the t2.nano is an incredibly cost effective option.

Another benefit of the t2.nano is burstable performance instances. Normally you wouldn’t want to hear the term “burstable in reference to technology, especially a computer. But in this case, it’s okay. Burstable means that the server provides a baseline level of CPU performance with the ability to go beyond, or “burst” above the baseline performance level. A lot of applications such as developer environments, small databases, or low-traffic web servers don’t require consistently high levels of CPU. On the other hand, these applications can benefit significantly from having access to a very fast CPU when needed.

The ability to burst above the baseline level of CPU performance is controlled by CPU credits. CPU credits are earned from Amazon when the t2 instance is idle. So if your company subscribes to a t2 instance and doesn’t access the server for a while, leaving it idle, you collect CPU credits. If or when running an application that requires a sudden burst of CPU power, the t2.instance automatically cashes in the CPU credits earned to allow the CPU to go above the baseline level of performance. Essentially, having a small server instance such as the t2.nano on-hand allows your business to access rapid computing power when needed, while earning CPU credits when not in use – all at an incredibly affordable price.

The t2.nano EC2 instance by AWS is not for every business, but it is an incredibly cost-effective solution for testing developer environments or hosting small websites. Instead of investing in hardware that may sit idle for months at a time in the office, you can use the t2.nano and allow its idle time to collect CPU credits for use when you need a little extra computing power.