3 Things You May Not Know About AWS

Given its history, the international visibility of its parent company Amazon, and its consistent rankings as one of the leading cloud computing providers on the market today, you may think you know everything about AWS. We have compiled some facts that may surprise you.

If you're considering a switch to AWS to increase your business security and modernize your IT infrastructure, you're in the right place.

Here are 3 things that you may not know about AWS:

It Has 12 Geographical “Regions” (With 5 More On The Way)

In order to offer the most efficient cloud resources possible, Amazon built their AWS infrastructure across a network of 12 geographical “regions.” These regions house multiple “availability zones” which are distinct data centers that provide AWS services. 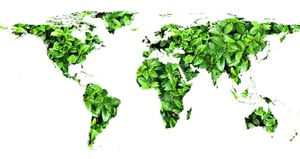 The data centers are strategically spread out and isolated from each other to prevent multi-zone outages.

The 12 current geographic regions include the US East (Northern Virginia), which is where the majority of AWS servers are located, the US West (northern California), and the US West (Oregon). International geographic zones include Brazil (São Paulo), Europe (Ireland and Germany), Southeast Asia (Singapore), East Asia (Tokyo, Seoul, Beijing) and Australia (Sydney).

Amazon has also announced that it plans to establish 5 additional geographic regions, each with multiple availability zones.

The cloud is inherently green. According to Amazon, on average, 15% of servers are fully utilized with on-premise computing as opposed to the cloud (with a utilization rate of 65%). The cloud also allows for more efficient energy usage through its higher utilization rates and is optimally designed for maximum efficiencies of workloads and cooling and HVAC requirements.

Additionally, Amazon has announced a commitment to eventually getting all of AWS on 100% renewable energy. In April 2015, Amazon met 25% of its goal and hopes to reach 40% by the end of this year. Their goal for 100% renewable energy is being accomplished through the construction of solar farms and wind farms built here in the US.

GCN Magazine published a timeline of the rise of cloud computing. It started in 1982 with the introduction of the Ethernet adapter card for the IBM PC and followed through the 90s which included the FAA outsourcing IT to Electronic Data Systems Corp (in 1992) and the move to 1-gigabit per second Ethernet connections (1999). In 2006, two major cloud computing events happened; AMD released the Athlon 64 processors, the first computer processor that had built-in virtualization support.

The other was Amazon's launch of Elastic Compute Cloud (EC2). What is now one of AWS's core components; it began as an infrastructure-as-a-service offering that allows organization to contract out outsourced computers to run applications. AWS was among one of the first major players in cloud computing.

If you're ready to embrace AWS to reduce your costs and become even more innovative, talk to one of our team members today about the power of cloud infrastructure and your business potential on it.