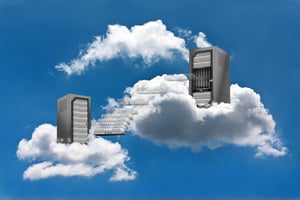 Amazon Web Services has been in the news a lot lately, largely in part due to a letter written to its shareholders that AWS could make over $10 billion in sales this year (2016). In addition to raking in a monumental amount of revenue, AWS is one of the most dominant players in cloud computing today. Other major tech names including Microsoft, IBM, and Google all have their own cloud offerings, but yet somehow AWS manages to keep its lead. Thanks to a combination of technological advances, unique service offerings, and years of cloud computing excellence, AWS remains a leader in cloud computing and Infrastructure-As-A-Service (IaaS).

Here are 3 reasons why AWS is dominating the cloud computing marketplace:

It Has Been Around the Longest

Amazon introduced the world to Amazon Web Services in 2006. Not only did Amazon offer one of the first major cloud computing platforms widely available, but it also means that AWS has had a decade to refine and perfect its product as well as build a solid customer base. For comparison, Microsoft Azure, Microsoft’s cloud platform was introduced in 2010, four years after AWS. Although IBM had been dabbling in cloud computing for years (since the 1960s actually) with experimental virtualized platforms and hypervisors, its SmartCloud also known as IBM Cloud didn’t become public until 2009 beginning with the LotusLive collaboration suite. Even the Google App Engine (a predecessor to Google Cloud) was released in 2008, two years after AWS.

You Get A Year To Test It Out For Free

Amazon offers an AWS Free Tier which lets users get hands-on experience with the AWS cloud platform, before committing to a full cloud migration, and at no cost to them. For 12 months, users have access to AWS Free Tier services such as Amazon EC2 (cloud computing capacity), Amazon S3 (cloud storage), and Amazon RDS (Relational Database Service). Users get to essentially test-drive Amazon’s cloud platform for a full year, before deciding to make an official commitment. Moving to a subscription from the AWS Free Tier is easy to do, so any of the work you have done on the free test tier, you can move it over to the full-service AWS and continue with business as usual.

It Is So Much Bigger Than Its Competitors

An article written last May in Forbes discussed a Gartner Report that estimated “AWS has more than ten times the computing capacity of the next 14 largest infrastructure vendors combined.” AWS has multiple data centers located across the globe. As it stands, AWS has 33Availability Zones within 12 cloud regions. The company has announced plans to add an additional 11 Availability Zones in 5 more geographic regions throughout the next year. Whether you’re a small business looking to optimize your IT infrastructure or a multi-national corporation in need of scalable, international cloud processing – AWS has a cloud infrastructure to meet all of your needs.

To learn how your business can benefit from AWS, contact one of the expert AWS consultants at Privo IT today.